Ways To Stop Men Leaving The Toilet Seat Up

Should we refer to leaving the toilet seat up as a bad habit? Is this act more common with men or women? Although it appears insignificant, the toilet seat debate hits at the very heart of gender equality. For some unknowable arguments, the toilet seat issue scores abnormally high among the many sins almost certainly to piss off a lady. The majority of men do not see it as a big deal: they walk into the toilet, and the seat is down, lift it up, make a few bubbles, and get on with our lives. However, a female may see it as a serious personal insult when she enters the same toilet and found the seat up. The man is likely to be asked why he continues to be such an insensitive, insensitive schmuck.

Although the issue of leaving or closing the toilet seat does not have to make sense; it is simply a fact of life. For men who cannot just remember the ritual, listed below are some helpful tools to leave the toilet seat closed.

Ways To Stop Men Leaving The Toilet Seat Up

The Potty Mouth is a big red lip set that stick to the back of the toilet lid (cover). A few seconds after the lid is raised, it belts out one of the five pre-installed heart-warming expressions like “put the toilet sit down to make your lady happy”. It might actually worth the amount enjoying the charming phrases several times.

If you would like your verbal reminder to be rather less aggressive, the Tip alert toilet seat alarm system may indeed be the sensitive surprise you need. It has a peel-and-stick glue to stick it to the back of the toilet lid, a light that flickers every 15 seconds to alert men should they callously disregard the warnings and yet leave the seat up. The TipAlert makes it easy by playing one of two messages: a wolf whistles if the seat is let up for more than few seconds with a voice note like “Put it down boy” and a southern belle talking in a sleek, gentle voice “put the toilet seat down”. He hears some group motivating him from inside the device each time he abides.

Ask nicely, over and over

The majority of men do not mean to cause any discomfort; they are simply absent minded. If you keep telling him over and over in a lovely manner for instance “Sweetheart, could you please put the toilet seat down ?” this could sink in.

Purchase a “Put Me down” Tag for your toilet

May be when he sees a tag that says “Put Me Down,” he would understand how to put the toilet seat down. This is worth giving a try.

Reward him with praise:

In case, the alarms, automatic seats, and others fail to work, reward him with praises anytime he remembers to put the seat down. Hopefully, one of the above options will end the battle of men leaving the toilet seat up.

All plumbing works from Radiators, Leaking and Burst Pipes To Overflows , Pumps, Cylinders and more

Safest Heating And Boiler Repairs Medway Has To Offer - team of heating engineers on stand by across Medway.

Gas safe registered engineers Medway for all boiler servicing works. Our experienced servicing engineers will professionally diagnose your boiler and if any faults are found, we will advise you accordingly.

Get a Boiler Installation Quote and get an idea of how much it will cost to install a new boiler. Our online Boiler Cost Calculator is a guide only and estimates given are subject to a site survey.

Landlords across Medway, Kent now use our company directly beacuse using a letting agent is expensive.

Our experienced team can fix and repair all bathroom and shower problems from new taps and showers to new toilets.

3 More Reasons Why To Trust Robinson Plumbing And Heating 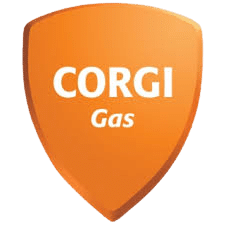